Power cuts have made the summer significantly hotter for Iraqis. The stultifying heat of the summer has sent Iraqis scurrying, looking for places to cool off from the bronze and brilliant sun. For Ali Hussain, a restaurateur, this is a blessing in disguise since his restaurant has become a goto place for Iraqis even if it meant running the place with an expensive generator.

“The clients must be comfortable when they eat,” said Hussain, who takes pride in his reputation of ensuring that customers are constantly blasted by cool air conditioned air.

At this time of the year, power cuts have become normal as temperatures outside regularly touch 50 degrees Celsius (120 Fahrenheit), with demand for electricity at its zenith. The country’s dilapidated power grid is unable to cope with the growing demand and those few who can afford it owe it to private suppliers.

Hussain shells out $190 (225,000 dinars) a month to the owner of the generator for a 15 amp supply of electricity for his Baghdad-based restaurant. The cost is more than what many Iraqis can earn.

It’s the “gold” option, he says, guaranteed to run uninterrupted.

With power cuts being the norm, there is little escape from the ever-present heat that barely abates at night.

We have only “four or five hours of electricity” a day from the national grid, said Mouthanna Mehdi , a grocer in Baghdad.

The incessant power cuts led to a deadly unrest in July 2018. As many as 14 people were killed in street protests in the oil-rich city of Basra on July 8.

Although Mehdi earns enough to pay for electricity from a generator, which saves him from the power cuts, unlike Hussain however he cannot afford a five amp supply.

It’s “not enough to power all the lights and the air conditioning at the same time”, said Mehdi while adding, “Sometimes the generators break down or stop when they run out of fuel, which can damage our electrical appliances”.

With power cuts being the norm, generators have become a regular fixture on the street corners of Baghdad as well as in other cities of Iraq, with small businessmen exploiting the peak summer heat to their advantage.

Hastily installed generators, with wires tangling from the device disfigure what was once a very beautiful city and sometimes cause electrical fires as well.

In a different perspective however, Hussain Kazem who sells fuel to the owners of generators said, If the power situation “was resolved, we would lose our work”.

In what could be an eye opener for the reasons for the power cuts, according to experts, the supply of electricity is at least short by 40% of demand during the summer.

To make matters worse, a significance slice of the estimated $40 billion allocated to the power sector over the last 15 years has vanished. Money from public tenders has allegedly lined the pockets of corrupt politicians and businessmen who fronted fake contracts.

As a measure to reassure citizens who were protesting due to the frequent power cuts, Iraq’s Prime Minister Haider Al Abadi fired electricity minister Qasim Al Fahdawi, the architect of a privatisation programme that was meant to herald electricity 24×7.

According to the country’s authorities, electricity generation has jumped by nearly 50% to 17,000 megawatts since 2014.

“This is all lies and theft,” said Mazen, who did not want to give his full name. “The leaders divert the money and hide it abroad. And when they say the situation is improving, you can be sure they are lying”. 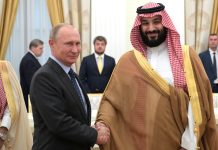 Lebanon: The next ‘oil-cursed’ country?