Building on the previous visit by Lebanon’s President Michel Aoun to Armenia in February 2018 and Armenia’s Prime Minister Karen Karapetyan visit to Lebanon wherein both sides declared their friendship while noting that the ties between the two nations go back to nearly a century, Hagop Pakradouni, Lebanon’s Member of Parliament who has Armenian ethnicity, stated then that economic ties will be boosted.

“Recently the historic relations of the two peoples are being reaffirmed with the activeness of Lebanese-Armenian relations. Both sides are enthusiastic to cooperate. Discussions are mostly held to carry out additional work in the economic sector. In particular the tourism and IT sectors are pointed out,” Pakradouni had said to Lebanese businessmen then.

He had also mentioned, “Of course it is too early to speak about specific actions, but at this phase we can clearly say that the fertile soil is secured. This chance shouldn’t be missed and targeted work should be done in all directions, that is to work with specific businessmen and to present in detail the issues related to the business environment and investment projects in Armenia. There is a great number of  Lebanese businessmen who are willing to invest in Armenia, but at the same time Lebanon expects Armenian businessmen to make investments here also”.

So as to capitalize on this previous visit, a delegation of Lebanese businessmen and government officials visited Armenia to invest in that country within the frames of collaboration between Business Armenia and Lebanese Gardenia Grain D’or.

A news report appearing in Business Armenia stated, the delegation from Lebanon has started a business discussion with Artsvik Minasyan, Armenian Minister of Economic Development and Investments.

The delegation of Lebanese businessmen and government officials are also set to meet Armenian President Armen Sarkissian, as well as the head of Armenia’s Renewable Energy and Energy Efficiency foundations, the head of its Agriculture, Tourism, and Vine and Wine industry.

As part of the 5-day business trip to Armenia, the country’s entrepreneurs will also visit Shirak marz. 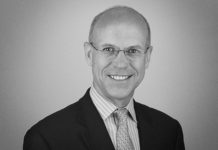 Tom Butler on mining sector: “We are expected to do good not just do well”