In efforts aimed at making an economic deal with Syria, which could potentially also see an increase in the footprint of Lebanon’s exports, Raed Khoury, the country’s caretaker economy minister stated Lebanon must seek a deal with the Syria, now that Damascus has recovered control over the Syrian border with Jordan.

For the economic growth of the country, it is vital that Lebanese exporters be able to once again tap the overland route through Syria to the Nassib crossing with Jordan; this route which so far was closed because of the war, could emerge as a “a vital artery” for the Lebanese economy.

“God willing, with the negotiations that will happen between the Lebanese and Syrian parties, and Jordan, this route will open because our (total) exports fell by 35 per cent after the war in Syria erupted,” said Khoury in reference to the potential economic deal between the two countries.

These comments underscores the strategic significance of the reopening of the Nassib crossing. Before the eruption of the Syrian conflict in 2011, the route was a major point which saw the passing of hundreds of trucks per day, transporting goods between Turkey and the Gulf in a trade whose annual value crossed multi-billion dollars.

“In my opinion, it is in the Syrians’ interest that this crossing is opened, and in the Jordanians’ interest,” said Khoury in reference to the potential economic deal. “Let’s see what the conditions and other factors are that must be taken into consideration”.

For Lebanon however, there is one complicating factor: it has yet to decide whether it should have official ties with Damascus, with politicians bitterly divided over the issue.

Although a potential economic deal with Syria, is likely to largely benefit the country’s economy, however ever since 2011, Lebanon has officially observed a policy of “disassociation” from the war. While Bashar Al Assad’s Lebanese allies want to normalize ties, his Lebanese adversaries want diplomatic relations to be kept at a bare minimum.

Khoury is a member of the Free Patriotic Movement which was founded by President Michel Aoun and is politically allied to Hezbollah. Iran-backed Lebanese Shiite group Hezbollah has been fighting since 2012 in Syria in support of Al Assad.

“If the interest of Lebanon requires that we talk to the Syrian regime which controls a great deal of Syria, so be it,” said Khoury in reference to the potential economic deal.

Although there is a lack of clarity as to whether negotiations would take place between the Lebanon and Syria, “But there must be an agreement because Lebanon’s economic interest is the priority,” opined Khoury. 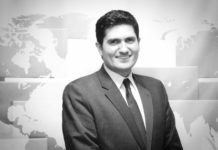 Guilherme Casarões on Brazil: “Trade relationships with the Middle East are not easy” 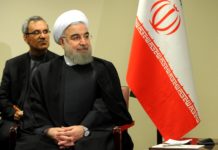 Iran waiting for its piece of the Syrian pie