Fake news has become a growing menace. With the ever increasing reach of the internet, it is becoming increasingly easier for for those with an ulterior motive to spread disinformation and conspiracy theories online. One of the best examples of the reality of information warfare in our times is Russia’s usage of the legions of trolls and Twitter bots that had so spectacularly derailed the U.S. 2016 elections.

So as to fight this ever growing sophistication of fake news, Egypt’s parliament has passed a bill that targets a wide spectrum of popular social media accounts that authorities have accused of publishing falsified news reports.

Egyptian authorities have adopted this measure given the potential explosive power of false news sites which spew out distorted, realistic and therefore believable, content aimed at sowing distrust and confusion among the population.

The Egyptian legislation labels any personal social media accounts which has more than 5,000 followers as a media outlet. If a media outlet is seen as publishing fake news, authorities can take steps to limit their reach.

The most powerful falsified news reports are those which build on something that is real. Case in point: at the height of the Qatar crisis, hackers had planted a false news story on a Qatari news agency. Despite the fact that Qatar had issued a statement explaining the hack, regional news outlets kept running the false news pointing to the fact that something was amiss. According to U.S. intelligence sources this is an instance of fake news being used to influence events in the Middle East.

Although the legislation has yet to become law as it has not been signed by Egyptian President Abdel-Fattah el-Sissi, nevertheless, the likelihood of the bill becoming law is a foregone conclusion since such bills are often inspired by the government. 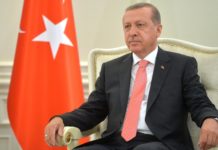 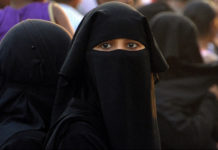