Education has emerged as a focus point in Syria. With the fears of war largely receding from what was once the world’s biggest battle field, school children are donning their school uniforms as they line up in the courtyard of their school in Damascus. Syrian girls dressed in their pink and blue uniforms salute their country’s flag while proudly singing their national anthem.

A few miles away, despite the charred bullet riddled walls of what is now a rehabilitated school, children play in the school’s courtyard.

According to the Syrian government, around 4 million children across 400 schools have decided to get an education and have gone back to their schools this year.

“This is to reaffirm that we have reached victory phase . which means things should settle down, including in education,” said Hazwan Allwaz, Syria’s Minister of Education to the Al-Watan newspaper.

According to Geert Cappelaere, regional director of the U.N. Children’s agency UNICEF, the devastation of the war, which is nearing an end, has had a particularly scarring effect on the young minds. Compounding this is issue is continued insecurity, pervasive poverty, trauma, and severe aid cuts. Syria’s children deserve an education.

Almost two million Syrian children are out of school. Almost one in three schools is out of service. 180,000 qualified teachers have also left the system. Since April, thirty one children lost their loves due to unexploded ordnance, including areas where fighting has ended, said the UNICEF. Around 700,000 refugee children are out of school, and many more are at the risk of dropping out.

Donor countries are debating how best to pool their funds. Tired of providing financial assistance to conflict infested countries, donor nations have been reluctant to sink in funds in a prolonged war. Children’s education is far nowhere near the horizon of their agenda.

“The reality is the children become once again the playball of a solely political game, the government on the one side and the donors on the other side,” said Cappalaere . “Ultimately we are standing in the middle and we are crying out loud on behalf of the children of Syria.”

According to Allwaz, UNICEF has cut financial assistance to students education “under the pretext that international funding has dropped”.

In Douma outside Syria’s capital, Damascus, on the first day of school parents were still busy registering their children.

According to Malak Rislan, principal of Seif al-Dawleh elementary school, the enthusiasm for education had picked up: 1,800 children had enrolled in her school this year against 350 students last year.

“There is a big turnout”, said Rislan.

With an increased demand for education, many schools are offering morning and evening classes in order to accommodate the growing numbers.

Case in point: Taghrid Hailani, 27, said, four of her children who are aged between 3 and 11, who have been home-schooled earlier because of the war, can now go to school.

“They can’t read or write. I am glad that they will return to school,” said Hailani.

There are scores of similar stories. Yasser Hijazi kept his children at home because the rebels changed the school’s system of education, including its curriculum, and had taught their “own interpretation of religion.”

With Lebanon holding the world’s highest concentration per capita of Syrian refugees, the loss of funding has meant that 20,000 children will not have access to a decent education. More than 55% of the 1 million Syrian refugees who have registered in Lebanon are children.

“We are concerned about what we call negative coping mechanisms, a decision taken by extremely vulnerable families — for example, early marriage, child marriage and child labor,” said Jenkins.

Without proper U.N funding, the headwinds facing the education of Syrian children are pretty strong.

“In Syria, it was amazing, with or without money, our family would help us survive,” said Sada. She went on to add, “Here we are all aliens. No one knows us. There is no opportunity and we are so tired.”

There is no going back either, according to Taher al-Jamli, his family had been traumatized during the Syria war; running from one house to the next he had lost touch with most of his family.

“We are too afraid to go back,” he said. 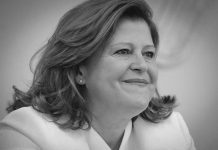 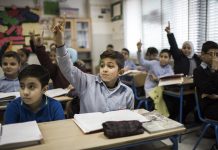 What about the new UNICEF project to nurture children in Lebanon?