In a effort that underscores International Finance Corporation’s (IFC) approach to conservation and commitment to renewable energy sources, the financing of Tafila Wind, the Middle East’s first utility scale energy project, factors in not only businesses-related metrics but also those related to the protection of migratory birds that fly across Jordan to destinations in Asia, Europe and Africa.

Every year, in what is the world’s second biggest migration, millions of birds fly across Jordan. So when IFC decided to finance the Tafila Wind, it had to gauge and outline a plan that complies to Environmental and Social Performance Standards as well as protect wildlife in Jordan.

The impact of Tafila Wind’s wind turbines on bats, birds and other species was not known. So as to not jeopardize Jordan’s biodiversity and mitigate the risks in the project, IFC launched an exhaustive study to classify the birds and other biodiversity at risk, asses the impact of the project on them and provide a long-term approach to conservation.

This landmark work, the first of its kind in Eastern Europe, Middle East, and North African, applied international standards and guidances that exceeded national regulatory requirements and set the foundation for future wind-energy projects in Jordan with international best practices.

Blessed with an abundance of solar and wind resources, Jordan has set a goal to tap 10% of its total energy from renewable sources by 2020. With an installed capacity of 117MW, the Tafila project is expected to produce nearly 400 Gigawatt hours annually thereby slashing carbon emissions by 224,000 tons per year.

By factoring in the impact of projects on a region, its interconnected ecosystems and communities, IFC has set a new best practices standard that ensures social and environmental sustainability for project developments in various parts of the world.

One of the ways, IFC managed to mitigate various issues was by bringing together government authorities, environmental conservation organizations, wind energy developers, technical experts and finance institutions. This was the first time this kind of coordination was done in Jordan.

With the stakeholders putting their minds together, it led to a data collection initiative which produced a “Cumulative Effects Assessment” – a regional-scale that aims to collect data, gauge biodiversity-related risks, develop local capacity and assess risks posed by multiple wind plants working in close proximity.

The stakeholders also factored in threats including electrocution, poisoning and hunting.

The evaluation and mitigation framework can be adopted other sectors where multiple companies operate in close proximity to one another or in areas, be it inland or near the sea, which has high biodiversity.

Thanks to this green, integrated approach, authorities, investors and civil society organizations across Jordan have an increased awareness and a more complete vision for biodiversity management. 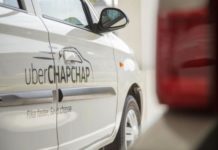