In a development that bridges the ancient with the modern, the Lebanese coastal city of Byblos, whose origins can be traced back to 6000 BC and is “one of the oldest continually inhabited settlements in the world”, will now feature a modern construction.

The 3-storied library at the Lebanese American University’s Byblos campus will feature modern marvels such as water recycling and will be partially powered by solar energy.

Set to open later this year, the library will be one of the most environmentally friendly buildings in Lebanon.

“In the classroom, we teach about sustainability, efficiency, and the environment,” says Roy Majdalani, VP of university services. “We should practice what we preach.”

The university financed the library was by taking a $15 million loan from Fransabank, one of the few Lebanon-based lenders which help finance eco-friendly construction projects.

To help encourage more such projects, IFC has invested $45 in Fransabank’s new green bonds which will enable more Lebanese companies and institutions to consider taking up such eco-friendly projects.

Fransabank will first raise the money through the green bonds and then channel them to companies who want to invest in energy efficient and in renewable energy projects. If Fransabank meets its bond raising target of $150 million, it could help finance Lebanon’s future solar and wind farms, construction of energy efficient buildings, etc.

In 2017, IFC was instrumental in helping Lebanon’s Capital Markets Authority to create laws for green bonds. This essentially set the scene for a market for green finance.

The Green bonds program will have beneficial cascading effect since it will encourage more companies to invest in renewable energy sources, in green technology, and thus create a market for renewable energy and energy efficient buildings, opined Kassar.

He went on to add, “I think (the green bonds) will have a huge impact on the Lebanese banking sector, and we hope other banks will follow.”

Kassar’s thinking is in tune with the sentiment that is spread across.

Lebanon is increasingly becoming more aware of the growing importance of green, renewable energy and its strategic benefits.

Currently Lebanon relives on expensive imported oil to run its generators, which in turn generates electricity. A multi-year power crisis has been plaguing the country.

Case in point: in Beirut, Lebanon’s capital, as well as in its other cities, blackouts for several hours of the day, is a routine affair. The lack of electricity hampers the growth potential of the country’s residents as well as its businesses.

Solar energy could alleviate the country’s reliance on the national grid. Having woken up to the benefits of solar energy, by 2020 Lebanon aims to generate 12% of its power from renewable sources.

“The banking sector has a solid reputation in Lebanon. Through the relationship with international financing institutions we believe that green bonds could have a major impact on boosting the development of renewable energy in the country,” said Pierre El Khoury, general director of the Lebanese Center for Energy Conservation, a government agency.

Renewable energy makes financial sense for residents and business since it significantly improves their quality of life and increases the potential of their businesses. The fact that its good for the environment is a huge valued added benefit.

Case in point: Raidy Printing, one of the largest publishers in Lebanon purchased an energy-efficient machinery through a loan from Fransabank, to cut back on the usage of water and chemical in its production process, said Doumit Raidy, Raidy Printing’s managing director. It has also invested $700,000 in rooftop solar panels. Although that sounds like a lot of money, once installed, they will generate 30% of Raidy’s energy requirements and pay for themselves within 8 years, said Raidy.

“It’s the right choice,” said Raidy. “I would encourage other companies to go green and to invest in solar and renewable energy.” 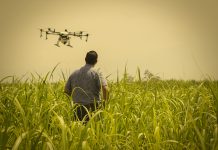 Everything you need to know about Agriculture 4.0 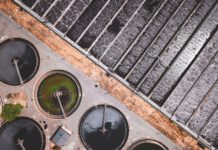