A documentary has been released which revealed that behind the last year’s hacking of the news agency run by Qatar state are agents who work in Riyadh within a Saudi Ministry. Al Jazeera based out of Doha released the above mentioned film whereby throwing light on “new details” of Qatar News Agency’s cyber attack incident.

In a statement Al Jazeera said: “The investigation obtained detailed information on the devices used by the Saudi hacking cell… which published the false comments attributed to the Emir. It revealed that a dummy company run by the United Arab Emirates operating in Azerbaijan coordinated with three Turkish companies to find vulnerabilities on the QNA website. The company asked them to find the security gaps under the pretence of providing security solutions for the website. As soon as the Emirati company obtained the information in 2016 it stopped its work in Azerbaijan and handed over the information on the vulnerabilities to the Saudi hacking team”.

In May 2017, the QNA website featured a press release which were claimed to include “explosive quotes from Qatari Emir Sheikh Tamim bin Hamad Al-Thani”. The comments were apparently from a “military graduation ceremony”, wherein the Emir’s words were in favour of “Hizballah and Hamas” while stating at the same time that “Donald Trump might not last long as US president”.

Following this, within a span of less than two weeks’ time, “Saudi Arabia, the United Arab Emirates, Bahrain and Egypt” severed their trade and diplomatic relations with Qatar in an abrupt manner, as the latter was accused of being in favour of “radical groups” while “seeking closer ties with Iran”.

However, even after a year boycott continues while Qatar maintains its denial of the charges. Qatar is the “number one exporter” in the world for “liquefies natural gas” and the country was held its grounds in the face of “the economic and financial impact of the crisis”. 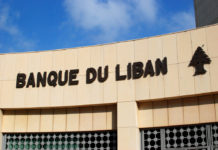