In a significant milestone, the Shura Council of Saudi Arabia, has approved a law that criminalizes sexual harassment in the kingdom.

Instructions to do the same came directly from King Salman, with the law being drafted by the Interior Ministry, said local media reports.

The law was aimed at “fighting the crime of harassment, preventing it, punishing perpetrators and protecting victims in order to preserve the privacy, dignity and individual freedoms as guaranteed by Islamic jurisprudence and regulations in place”.

Sexual harassment in Saudi Arabia will now attract penalties of up to 2 years in prison and fines of $26,600. Repeat offenders could face prison time of up to 5 years and fines of up to $80,000.

The bill, which preserves the anonymity of the alleged victim, criminalizes the act of incitement to sexual harassment, as well as falsely reporting of the same to local authorities. The bill also states that the alleged victim(s) cannot withdraw a complaint or fail to report an incident to the police.

The law also requires that public and private institutions should make the necessary arrangements to prevent sexual harassment.

Although many in the strictly conservative Islamic kingdom responded humourously to the move, other credited the as progressive.

“Those who were not disciplined by their parent have a government to discipline them. The daughters of people are not toys for you to insult.” @nnawafaliissa tweeted alongside pictures of the crown prince and an infographic of the proposed law.

@khaledomar1996 expected “harassment will disappear after this deterrent regulation”.

Saudi Arabia has been on the forefront of progress in the matter of human rights in the region, and has recently announced allowed women to drive automobiles. 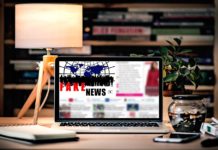