Sorry UK, but branding Hezbollah as “terror entity” seems a bit anachronistic given the mess it has created for itself with Brexit and its questionable allies in the Middle East. Yet, in February, Hezbollah has been listed as a terrorist organization by the Britain, a move the Lebanese group portrayed as being a “servile obedience” to the United States. In the same time, the European Union did not back up the British government on the terms “terror entity”. Maybe British and Europeans have to come up with a new expressions. Seen from Beirut, all the fuss seems so pointless.

The Iran-backed group reacted to the development saying, it was a “resistance movement against Israeli occupation”. Classic. It described its labeling by the British as an “insult to the feelings, sympathies and will of the Lebanese people that consider Hezbollah a major political and popular force”. “Hezbollah sees in this decision servile obedience to the U.S. administration, revealing that the British government is but a mere a follower in service of its American master,” said the group in a statement. There is nothing new under the Lebanese sun.

The group has won more than 70 seats of the 128 seats of the Lebanese parliament in last year’s election. Of the 30 ministries in the new Saad al-Hariri Lebanese government, 3 are controlled by the group. Hezbollah and its political allies view its armed members as an asset to Lebanon.

The main issue remains: half of Lebanese people see Hezbollah as the solution, the other half as the source of problem. Hezbollah considers it does not have two separate wings – political and military – but yet, it does. Its considerable clout has expanded its footprint in the region since the 2006 July War and its involvement alongside Assad’s army during the Syrian war. Western diplomats still find themselves in a difficult balancing act as they know Hezbollah has taking control over Lebanon.

In stark contrast to the British stand, governments in the European Union have only agreed to list the armed wing of the organization citing activities in Europe and notably sidelined and ignored pressures from the United States and other countries to ban the Lebanese organization and has allowed political contacts with its representatives.

Earlier this week on Monday, Britain stated it plans to ban all wings of the group because of its destabilizing influence in the Middle East. Previously Britain had proscribed the group’s external security unit and its military wing. Washington deems the organization to be a terror group.

The British ban means anyone who is a member of Hezbollah, or supports the group, is committing a criminal offense and can potentially face a jail sentence of up to 10 years, in Britain. Britain’s move also raises the ante for London-Lebanon relations, which includes security and military aid.

Hariri was quick to act and said, Britain’s move to ban Hezbollah should not effect bilateral ties. “We consider that this matter pertains to Britain, not Lebanon,” said Hariri. Reiterating Britain’s support to Lebanon, Britain’s Foreign Secretary Jeremy Hunt underscored Britain’s support for “a stable and prosperous Lebanon” and said, the listing would “not change our ongoing commitment to Lebanon…” 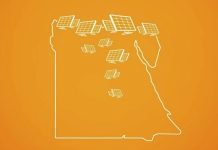