Lebanese women scientists are setting new trends. Jana Kobeissi is a “fresh graduate” from the American University of Beirut who is still leading the campus life while juggling amidst classes and lab work as “an accomplished young scientist”.

Kobeissi’s colleague Nataly Nasr Al Deen, in the U.S. is working on a genetic profile compilation for breast cancer while drawing a comparison between “women’s biology in the United States” and “the biology of women in Lebanon”. And either of them hopes to pursue further into the scientific realm with breakthroughs so as to erase further the hard gender prominent line in the science world and taking yet another step towards equality and promoting Lebanese women scientists.

Kobeissi is a chemistry student who came to be selected for the “annual Lindau Nobel Laureate Meetings” which has been a matter of “immense triumph” for the college junior wherein she met with “world-renowned Nobel laureates” who received recognitions for their respective “outstanding contributions” in the field of sciences, “literature and peace”.

Similarly, this very year, among Lebanese women scientists, “a doctoral candidate” from the American University of Beirut, Nasr Al Deen had also been chosen to be part of the “same prestigious meeting”. She was part of a panel along with “Nobel laureate professor Peter Agre” on the discussion of “Medical Innovations in Developing Nations”.

Kobeissi was among “420 high-achieving students” coming from across globe. She represented Lebanon in the meet, which not only marks as her “personal achievement” but also as a first time for the AUB. Speaking about her experience, Kobeissi was quoted saying: “It was an amazing experience.”

Kobeissi’s junior year’s research showcased her abilities besides creating an impression in the “chemistry department” of the AUB. Kobeissi worked with Pierre Karam, a professor of AUB, to synthesize “various complexes of silvers and polymers” in an attempt to grasp further their “antibacterial properties”.

Besides working on this project, Kobeissi is also striving to take science to a “wider public” base. In her words: “OK, so imagine you’re somewhere and your only source of water is a well or a river. We’re coming up with a way to purify this water, filtering out even the smallest particles which can be used easily by people”.

The said project aims to create a nature and cost friendly product for efficient water treatment of “harmful chemical and bacterial elements”. Kobeissi completed her graduation this year’s May, following which she “enrolled directly in AUB’s Faculty of Medicine” as she felt that she needed to “diversify her work” for satisfying “all of her interests in the sciences”. In her words: “You can go into medicine from other fields, not just biology, and also carry significant contributions and affect people directly”.

Although one can find many reasons for such health issues but the accurate ones are yet to be defined as the cause could be for anything from environmental pollution to “collective trauma of multiple wars and societal stressors”, as these can leave significant “effects on a person’s molecular makeup”. Nasr Al Deen further said: “Cancer is a cluster of hundreds of different diseases. Not a single cancer is like the other. Not one treatment can be applied to all cases with success”. “Even twins sometimes have different genetic makeups and people need to be aware of this.”

The prominent Lebanese women scientists who represent their country all over the globe are “Mona Nemer and Huda Zoghbi”. Nemer, a brief AUB student, had to leave Lebanon for the 1976’s Civil War and currently she has a Canadian citizenship, who is a “a science adviser to the Canadian government”. In fact, Zoghbi also studied briefly in AUB before fleeing to the U.S.

Zoghbi is a geneticist who works on “rare neurological disorders”; in fact she was also awarded the “2017 Breakthrough Prize in Life Sciences”.

Lebanese women scientists, contributing in a “male-dominated profession”, shared similar experience, wherein they saw a clear divide in the gender although they did not feel any “gender discrimination in the classroom”. However, Nasr Al Deen also pointed out that an “increased number of female representation in the STEM [science, technology, engineering and math] and medical field is necessary to [diversify] contributions to the science.”

While, Nasr Al Deen stated: “At the 68th Lindau Nobel Laureate Meeting dedicated for physiology and medicine, it’s true that half of the 600 young participants were women; however, when it came to the representation of the Nobel laureates, only two out of the 39 laureates were women.”
“However, with all the competent and ambitious young female scientists, I believe a few years from now, this ratio will change towards equality”. 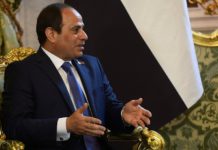 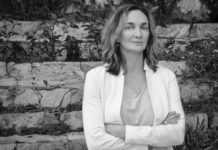 Tatiana Weber on Egypt: “Education is the top priority”