Foreign funded NGOs in Egypt are having a hard time in the country following the review of a law by Egyptian President Abdel Fattah al-Sisi that has since long been criticized by human rights groups as restricting the work of non-governmental organizations (NGOs) in the country.

While addressing a youth group in the Red Sea resort of Sharm al-Sheikh, Sisi stated, a new committee would “draft a comprehensive vision for amending the law regulating NGOs and civil society in Egypt”.

Human right groups have made it amply clear that the May 2017 law essentially bans their work in the country and makes it difficult to operate charities. Egyptian authorities however, have justified the review of the May 2017 law saying, foreign funded NGOs are threatening national security.

In May 2017, Sisi had signed into effect a law that effectively restricts the operations of NGOs. While the law was meant to strictly control them, in reality it banned all domestic and foreign organizations from engaging in human rights work or anything that can be said to harm public order, public health, public morals or national security.

Earlier this week, Sisi reiterated his belief in the work carried out by NGOs, irrespective of whether they are foreign funded or domestic, saying he believed in their work said that he wanted the law governing them to be more “balanced”.

Although critics have long maintained that the May 2017 law has rights groups in its focus, however even apolitical charities have felt its brunt and have complained that it restricts their work at a time when Egyptians are overwhelmingly burdened with an increase in taxes and subsidy cuts, the effect of which is that it has become difficult for them to make ends meet.

In a country where millions live on less than $2 a day, foreign funded and domestic NGOs, along with charities have long played a significant role in providing clothes, food, education and healthcare. 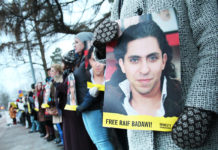