The government of the United States asked some of the oil producing countries of OPEC including Saudi Arabia to boost their daily production by “1 million barrels”, reported Bloomberg, whereby citing people who are “familiar with the matter”.

The above mentioned request follows the rise in the prices of “retail gasoline” seen by the U.S., as the country witnessed its highest gasoline retail prices in over a period of past three years’ time. Taking up the matter to Twitter, the U.S. President, Donald Trump made a public complain about the policy of OPEC due to the rising prices of oil.

In fact, Washington also has decided to re-introduce sanctions on the crude exports of Iran, whereby previously displacing “about 1 million barrels” daily from the global markets. 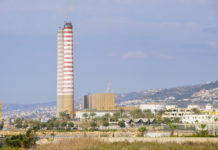