On Friday, 01 June 2018, Abu Dhabi and Russia have shook hands over a cooperation agreement, whereby signing to bring in stability in the energy markets amid the rising trend of oil prices, reports the Kremlin.

The above mentioned deal was signed by the Crown Prince of Abu Dhabi, Mohammed bin Zayed Al-Nahyan and the President of Russia, Vladimir Putin. The agreement requires both the countries to remain in contact in order “to ensure balance and stability on the world hydrocarbon market, taking into account the interests of producers and consumers”.

In the end of 2016, the oil manufacturer under OPEC cartel, which included the UAE, and Russia had made a deal to slash down production as the excess production had resulted in the price crash, whereby sending the crude markets into disarray. The government website quoted Putin:
“Our joint efforts, including our friends from Saudi Arabia and from the whole of the OPEC organisation, bring good results to stabilise the hydrocarbons market”.

However, sometimes in the previous month both the countries, Saudi and Russia had informed that there is a possibility of a deal for gradually boosting the oil production from July. Abu Dhabi sits over “98 billion barrels of crude oil reserves”, which accounts for over 90% of the UAE’s total oil reserve. As per translated comments of the Abu Dhabi Crown Prince addressing the Russian President:
“I think our cooperation will increase, including with the signing of the declaration on a strategic partnership”.

The Crown Prince further expects the volume of trade between both the countries to “continue to strengthen exponentially”. 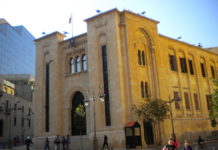 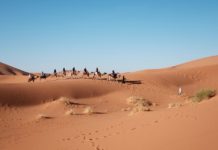