“I remember what happened in Argentina in 2011”, says Flora, an Argentinian citizen living in Beirut since 2013. “Now, my Lebanese friends understand what it means to lose everything, to see prices being through the roof. Currency control is a lure. The shadow market always prevails.” As in Argentina ten years ago, the inflow of dollars flowing into Lebanon are being lost in currency exchange with runaway hyperinflation having a free run in the country. According to documents from the United Nations, and interviews with officials, solutions to mitigate these issues face logistical and political hurdles, and could lead to outbreaks of a wave of violence.

In 2021, near about $500 million in aid is set to be given to a large number of Lebanese, Palestinian and Syrian refugees. This money, typically given by UN agencies and NGOs instead of food or shelter, is often delivered vide debit cards or vouchers.

Since October 2019, Lebanon is seeing a drop in remittances from expatriates, as well as a massive depreciation and shortage of the Lebanese pound; the Lebanese pounds has depreciated by as much as 85% of its value. Faced with financial ruin, Chronic shortages of essential commodities with skyrocketing prices, along with runaway inflation fueled tensions midst extreme hardships, with many shops and businesses demanding dollars rather than the local currency for daily purchases. The situation also sparked widespread protests especially after politicians shuffled about in their attempt to form a government.

Impact on the common man

Lebanon has a range of official exchange rates for different transactions, where even the lowest is, at best, at a 50% discount of the black market rate. Hard currency that is flows in as aid, is converted at the official exchange rate set by the Central Bank at 6,240 lira to the dollar. This is in stark contrast to the street exchange rate which is at 15,000 lira to the dollar. By this factor alone, as much as $20 million could be lost every month in such transactions.

In response to these huge losses, donor organizations and countries have been lobbying Lebanese authorities to either allow them to use the informal rate or provide them relief in dollar terms. In vain.

According to a March 2021 summary of options prepared by the UN notes that Lebanese “authorities expressed reluctance” for allowing international organizations to use the market rate, with the Central Bank arguing, in a letter that was leaked in February 2021 saying doing so will leave the “most vulnerable and needy” exposed to the destabilizing effect of further currency devaluation, if they were allowed to take such a route.

However, in recent weeks there appears to have been some movement with the representatives of the EU, the UN, and the World Bank noting that a “verbal agreement” on February 22 with Lebanon’s finance ministry and Central Bank, has led to allowing aid groups to distribute relief in dollars terms. This development however also faces headwinds given the number of aid operations in the country and the fact that at least 1.3 million may be left out of the cash aid which could in turn lead to community-based tensions.

For those living in Lebanon it is not just a question of monetary or aid policy. Here is a case in point: Syrian refugee Awad Ibrahim, a forty two year old father of six, watches helplessly as the monthly allowance the United Nations puts on his debit card buys less and less at the grocery store where he shops in Beirut.

“It’d be excellent if it came in dollars… What can I do with 400,000 lira?” asked Ibrahim about the monthly aid he receives which is equivalent to around $35 at the existing market rate; the assistance was equivalent to $126 in April 2020.

“Nearly everything is imported and its price is linked to the dollar,” said Ibrahim. “The prices are on fire.”

The impact of hyper inflation on the country is obvious to one and fall. It is the elephant in the room that is hard to address. From the perspective of the aid community, which generously provides help to hundreds of thousands of Palestinian refugees, an estimated 1.5 million registered Syrian refugees and a growing number of Lebanese who have fallen into poverty, the question of how to address this runaway inflation is open for debate.

In a statement, UN Resident and Humanitarian Coordinator Najat Rochdi told the media that “hyperinflation” is leading more and more Lebanese people and the refugees they host, to “falling beyond poverty, into despair”.

Donors are upset that much of their proceeds are being eroded by inflation and are ramping up the pressure on authorities to either use the market exchange rate or dollarize the economy and provide relief in cash dollars.

“Dollarized payments to beneficiaries can relieve pressure on the currency, temper inflation and help mitigate the surge in money supply,” noted the World Bank in a note.

“Disbursing in LL [lira], on the other hand, is inflationary and can possibly trigger a negative feedback loop between inflation and currency depreciation.”

According to a draft letter prepared for Rochdi in February which analyzes the UN’s options for dealing with the issue, aid money is not being appropriately channelized and is instead being used to shore up Lebanon’s dwindling foreign reserves.

“In an unprecedented crisis and human tragedy, [US dollar] contributions must be used for their intended purpose of assisting vulnerable households, as opposed to forcibly recapitalizing the banking sector, or Central bank foreign reserves,” reads the document titled “Humanitarian and Development Assistance: Disbursement in LBP vs USD: Value for Money, Economic and Risk Analysis”.

It goes on to state, the currency issue “raises concerns of effectiveness and accountability towards taxpayers in donor countries and poses legal risks and political consequences”.

As far as the European Union is concerned it has made it clear that it expects at least one UN agency to get around Lebanon’s official exchange rate.

“This is an artificial emergency created and upheld by the unwillingness of Lebanese decision makers to resolve the matter,” wrote EU Ambassador to Lebanon Ralph Tarraf in a March 3 email to UNICEF’s Representative Yukie Mokuo.

“It is your exclusive prerogative and your judgment call to decide whether exchanging the hard currency at the rate suggested by [the government of Lebanon] respects the principle of sound financial management or not in the current circumstances. I trust that, according to standard practice, your and our internal oversight and audit bodies might look into the matter ex post to assess whether the principle of sound financial management has been upheld or not”.

The impact of rampant corruption, hyperinflation, poverty, protests and the coronavirus-induced COVID-19 pandemic has driven the people of Lebanon to a cliff’s edge.

It is quite challenging to place economic crises in human terms without first immediately observing what is happening to lower-income households; the economic crisis faced by those living in Lebanon is so severe that its crushing impact is felt at every strata of society. While those having funds are unable to access them or at best have limited access to them for no fault of their own, while the less fortunate are struggling to buy essential goods.

As of December 2020, the official inflation rate was pegged at 145%; according to an economist it is 270% today. To make matters worse, the pandemic which started from China and spread to the rest of the world, has hammered the local economy and forced the closure of several businesses. In a single year unemployment levels have quadrupled to a whopping 25%, with some economists placing it at 40%; up from 6% in 2019.

Added to this quagmire is the fact that 50% of the country’s population has defaulted into poverty. The combination of these two economic factors paint a very bleak prospect for Lebanon’s future.

Unfortunately, hyperinflation is not just restricted to goods, its taking a toll on services as well. The failing electricity grid, which earlier was functional as a matter of luck, has forced most households to opt for a generator back-up, which piles up additional costs on most residents; added to this potpourri is the surging cost of fuel, which has made the glitchy, and expensive electricity an item of luxury. And the Zahrani power plant shutting down after running out of fuel won’t help.

The government’s stimulus support package, which has been in discussion for some time, is a paltry, insignificant $40.

With politicians failing to agree on the terms of a much-needed IMF bailout led to the resignation of the erstwhile government last August, following which a caretaker government took charge. According to an estimate from the World Bank, more than a fifth of the population now lives in extreme poverty.

While last year’s mass anti-government agitation were extinguished by the pandemic, the abject failure of governance in the country could potentially ignite another wave of unrest. The embers of rebellion are already visible.

“This marginalization that has been nurtured for decades, it’s going to boom very soon”, warned Sarah Al Charif, a Tripoli-based social activist.

While the Central bank has to some extent protected the price of basic foods, its hands are tied, given the lack of exports. All imported products are paid in black market dollars exchange rates. Meat prices have risen 300% since 2019, said Muhammad Ali, a butcher in Beirut’s underprivileged Tariq el-Jedideh neighborhood.

“All meat is imported,” said Ali gesturing to a chunk of beef hanging from a hook: “This is from Brazil. The government should figure out the dollar issue because it’s the main reason behind the crisis,” said Ali. “Before it cost LP50,000 to support a family, now you need at least LP150,000 on a daily basis.” He went on to add, profits are evaporating. He has already let four employees go and now works alone.

Looking at a nearby hill that is topped with what looks like a castle he points to a local politician’s sprawling estate. “He built a mansion for himself on the top of the hill, while here we don’t have money for a piece of bread,” he said. “Lebanon should be a heaven. But because of how many politicians and deputies we have . . . our people are poor.”

“We witnessed the same in Buenos Aires a few years ago,” remembers Flora. “People going through the garbage cans to look for something to eat. It’s a daily nightmare.” 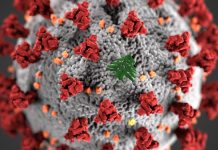