The Qatar Investment Authority (QIA) has accelerated its investments in technology while keeping the door wide open for strategic partnerships in tech related investments, said Mansour Ibrahim al-Mahmoud, its CEO, on the sidelines of an event in Doha.

In the U.S. the fund is increasing its focus on “classic” sectors including technology, real estate, and financials, said Mansour Ibrahim al-Mahmoud on the sidelines of the event in Doha while adding that the fund will maintain this strategy until the QIA revisits in the near future.

“We have already accelerated and we have done several investments in technology and we will keep the momentum until we increase our pie,” said Mansour Ibrahim al-Mahmoud with regard to Qatar Investment Authority’s investment strategy.

His comments come in the wake of sourcing disclosing that Qatar’s $300 billion sovereign fund was on the lookout for more acquisitions in the tech sector.

Mahmoud disclosed that the fund was open to strategic partnerships in technology investments, but refrained from divulging any more details.

In 2017, as a result of the diplomatic and economic onslaught brought on by Saudi Arabia, the United Arab Emirates, Bahrain and Egypt, QIA injected billions of dollars into Qatari banks to offset outflows from banks of these countries. Their commercial boycott on Doha is still continuing.

According to sources familiar with the matter at hand, QIA has held talks with technology-focused private equity funds and is also considering purchasing direct stakes in technology companies and startups; compared to its peers, it is relatively underweight.

For Qatar Investment Authority, the focusing of its investment on tech firms assumes a strategic significance as it will pit it against Saudi Arabia’s Public Investment Fund and Saudi-backed SoftBank; both have significant stakes in tech firms such as Uber. 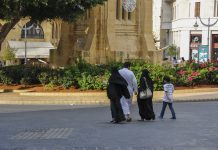