The Creative Lebanon Center was launched in a joint venture. The event was organised by the United Nations Industrial Development Organization, in short UNIDO, wherein the Ministry of Industry also participated while the H.E Ambassador Christina Lassen – Head of the Delegation of the European Union to Lebanon and H.E. Mr. Massimo Marotti – Italian Ambassador in Lebanon graced the event with their presence.

Lebanon facing challenging time on the economic front resulted in the smaller manufacturers of the country being been pushed into a “precarious situation”. They faced hardships and struggled to sustain livelihood due to the lack of “employment opportunities for their communities”. The Creative Lebanon Center has been an attempt to address these issues.

The extensive struggle on the smaller manufacturers’ part, who get undervalued, although they harbour the potential to contribute positively in the “skills, artistry, creativity and cultural heritage of Lebanon”, attracted the UNIDO, while the European Union lent its financial support and the hand of partnership from Italy in collaboration with the “international designers”, two “innovative projects” were devised. These projects became a tool to leverage Lebanon’s “specialities” and at the same time “incorporating innovation and design”.

The above mentioned, Creative Lebanon Center has been the pilot phase of the programme which features a boutique, otherwise also called a center, has been designed to support these small scale producers in Lebanon. The center or boutique would become a platform for demonstrating these manufactures’ “new innovative products”.

This way, Creative Lebanon Center boutique allows the Lebanese small scale producers to build up a close connection within the local markets. The above mentioned initiative marks a “joint venture” between two projects, namely “Development of clusters in Cultural and Creative Industries in the Southern Mediterranean”.

Moreover, the financial help comes from the European Union as well as from Italy, while there is a third collaborative project to this venture, titled “Supporting Host Communities in Lebanon Affected by the High Influx of Syrian Refugees”, in short CELEPIII. The latter receives its funds from Italy.

In the words of the “Italian Ambassador H.E. Mr. Massimo Marotti”:
“this initiative adds an Italian idea based on product designing, to better help Lebanese small and medium size companies to expand their activities and market their products”.

While, the “Head of the EU Delegation in Lebanon”, Ambassador Christina Lassen added:
“When it comes to creative industries, Lebanon has definitely a comparative advantage in the region and has demonstrated in many ways that it has a strong ‘creative spirit’.” “This is interesting for us because the creative sector creates job opportunities in particular for young people and for women, so we wanted to give it an extra push. 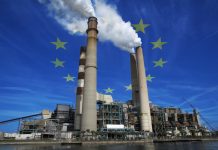