The “EU Regional Trust Fund” responded to the Syrian Crisis on World Refugee Day had accepted “new projects” that will support Lebanon and Jordan’s refugees along with their local communities.

Under the newly approved projects are public schools for refugee kids in Lebanon, providing “social assistance” to the vulnerable refugees along with the Lebanese and Jordanians who have been affected by the “Syrian crisis”. The overall value of the “new aid package” is “over €1.4 billion”.

The European Neighbourhood Policy and Enlargement Negotiations’ EU Commissioner, Johannes Hahn stated:
“The EU is continuing to deliver on its pledge to help Lebanon and Jordan, which host the largest per capita refugee population in the world. The new projects will substantially boost social protection and access to education for both Syrian and Palestine refugees from Syria, as well as for local communities.”

The Syrian Crisis aid package came from “EU Trust Fund’s Board” which facilitates collaboration with “the European Commission, members of the European Parliament, EU Member States and representatives of Jordan, Lebanon, Turkey and the World Bank”, while the additional assistance package has been earmarked “Jordan and Iraq”. Prior to the board meeting which was held on June 19, 2018, the EU conducted an event that addressed “successes and challenges” while delivering aid packages aimed for crisis affected people. The said event took place in Brussels and explored “ways to better include” the crisis victims during the “designing and implementing” stage of the aid programmes.

The Trust Fund aimed at to relief victims hit by Syrian Crisis was established in 2014, which has supported by the EU even to extend help to neighbouring countries of Syria. It is an embodiment of an “integrated EU aid response to the crisis” which reflects “longer-term resilience” and support towards the other countries in the regions, namely “Iraq, Jordan, Lebanon and Turkey”. Furthermore, the Fund underscores the “EU Compacts agreed with Jordan and Lebanon” to support the countries in their “protracted refugee crisis”. With the above mentioned new aid programme, Lebanon and Jordan have so far received “€522 million” and “€214 million” respectively.

Jordan wants to get the ball rolling 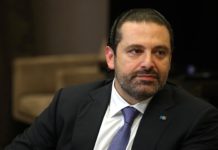