There is a global movement towards green transport sector which focuses particularly on reducing the “privately-owned vehicles” impact on the environment. According to the prediction of the analysts the “internal combustion engine” age is coming to an end. The Paris Agreement, with its bid to save the world from the “greenhouse gas emissions” which fuels the effects of climate change, has acted as a catalyst for this shifting trend. Nearly 15% of the emissions generated in the world is added by the transport sector.

However, when it comes to Lebanon, the case seems to take an alarming call, as suggested by various studies conducted by the “environment ministry and the UNDP”, whereby it was found that around 25% of Lebanon greenhouse gas generation takes place at the transport sector especially from the “land-based transport”. Officially, over “1.6 million” vehicles have been registered in the country, 42% of which is over two decades older while another 60% is around fifteen years’ older. As a result, as many as one million outdated vehicles crowd the street’s Lebanon.

It is an indication that the vehicle ownership rate in Lebanon is very high while in 2016 as much as “2.8 million liters of gasoline” was consumed by the country’s transport sector. Moreover, the economic losses caused by carbon emission, accidents, air pollution and accidents show a staggering annual figure of “$3 billion”. Additionally, Lebanese transport sector produces 93% of the “country’s carbon monoxide”, 67% of “non-methane volatile organic compounds” as well as 52% of “nitrogen oxide emissions”. These air pollutants are affecting people around “major road axes and in large cities”.

According to a study carried out by the UNDP in 2015, the “mobility cost in Lebanon” was calculated whereby finding out the “cost of one passenger traveling one kilometer in a passenger vehicle, including externality components of pollution, travel time, congestion, and accident costs”. The average mobility cost in Lebanon, thus calculated, came to “48 cents per km”. Moreover, the study further revealed that annually “2.7 times more gasoline” consumption takes place in Lebanon in comparison to the global average.

The Council of Ministers came out with a “national mitigation plan” in last October to tackle the scenario besides combining “local benefits with global ones”. The programme’s aim is to remove cars which are older than fifteen years, whereby replacing them with electric and hybrid vehicles that are “fuel efficient”. This move towards green transport sector in Lebanon would reduce 14% of greenhouse gas emission by 2030 whereby cutting down “466 million liters” of gasoline consumption within a span of twelve years. Furthermore, this move may open up avenues for “new car purchases”.

Moreover, in spring the Parliament has also passed legislation for reducing and removing “customs taxes on hybrid and electric vehicles”. The same appeared in “article 55 of the 2018 budget law”, whereby for private hybrid cars a 80% and for EVs a 100% “customs and excise taxes” reductions have been mentioned. However, the owners are still required to pay “the registration and circulation fees”. On the other hand for taxi and other service vehicles the same taxes have come down by 90% for hybrids and 100% for electric ones, while additionally there is “a total exemption on registration and circulation fees”.

Moreover, the programme complements the government’s effort to “establish a public transport system” to create a green transport sector for land-based vehicles. In fact, this way both the approach are aligned towards meeting “Lebanon’s global commitments under the Paris Agreement, as well as the United Nations’ Sustainable Development Goals (SDGs) related to Good Health and Wellbeing (SDG 3), Affordable and Clean Energy (SDG 7), Sustainable Cities and Communities (SDG 11), Responsible Consumption and Production (SDG 12), and Climate Action (SDG 13)”.

The shifting green transport sector’s trend leads one to electric and hybrid cars. The more the market for green transport opens up, the more the battery prices are likely to come down. In order to ensure a “smooth transition” into the green transport system, Lebanon needs to carry out “certain actions”, such as “the implications of the current state and quality of the power grid for the charging of these vehicles must be assessed, likewise the impact of this activity on the power sector (for instance, additional capacity requirements) and the proper alleviating measures (time-of-use pricing, for example)”.

However, there needs to be incentives for the smooth shift to green mobility even in the public transports which will require a “comprehensive plan” for accommodating “increased demand” of electricity for charging electric vehicles. In fact, this approached when coupled with “continued greening of the electricity grid” will yield effective results. 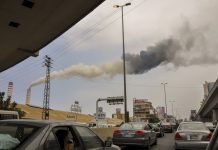 Every breath you (shouldn’t) take… when in Beirut 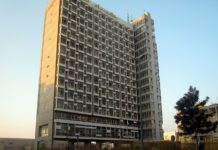 Power outages a thing of the past in Lebanon