ByTheEast: A transition towards sustainable agriculture in Tunisia is crucial. But Tunisian agricultural income, which usually represents 11% of its GDP, has shrunk to 9%. What are the reasons for this decline?

Karim Daoud: Tunisia has limited arable land across varied bio-climatic zones such as Mediterranean, Saharan, arid, and semi-arid. One of the main limiting factors for our agricultural industry, a factor which is common for other Mediterranean countries as well, especially in Northern Africa, is access to water. Our water resources are unduly under stress due to over-exploitation as well as because of global warming.

While each person should have access to at least 1000m3 of water in a year, Tunisians receive around 450m³ per year only. Tunisia has also suffered from a 3-year drought during which water dams were almost empty. Our acquifiers have been over-exploited depleting our underground water tables. Tunisia now faces the issue of the salinization of water.

Case in point: farmers have increased the number of drillings for water wells below the sea level in Mornag (a region located south-east of Tunis which is known for its agricultural plain) and have over-exploited groundwater reserves. In their quest for more water the drilling of illegal water borewells have further depleted groundwater reserves and has made the region more arid. The water table in the region has been effected and will continue to be effected in the future. As a result, we witness what I call the “skeletonization of the Tunisian agricultural land”.

Land fragmentation is another issue. Although we are still waiting for an accurate census, it is generally accepted that around 70%-80% of the farmers have less than 10 hectares of land and among them, 80% has less than 5ha.

The productivity of the land has not been sufficient to compensate the fragmentation of the land. While in some countries, you can grow the equivalent of 80ha of tomatoes inside a 1ha-greenhouse, this is however not the case in Tunisia. Here we have laws which forbid the heirs to divide the land, especially if the land is productive.

France voted for a law of land consolidation in the 1960s, however in Tunisia we are still waiting for a rural property map. Development is very slow. While the State is the biggest owner of farmlands following their confiscation from European settlers, and although reforms have been made to give these parcels, usually the best ones, to the young farmers, but the process is very slow.

“Agriculture has to be made attractive to the youth. Efforts should be made to strengthen the agricultural sector by increasing its earning potential.”

BTE: What could be the solutions?

Daoud: Agricultural cooperatives are potentially a solution however they evoke bad memories for farmers since they relate it to the socialist way of agriculture in the 1960s.

Although history has proven that the State is not a good farmer, but  agricultural cooperatives does not necessarily equate to Sovkhozes (state farms).

Tunisians should (re)learn to collaborate and work harmoniously together, and to trust their neighbors. Small-scale agriculture is important in Tunisia given that it represents as much as 60-70% of the productions of fruits and vegetables.

In social terms, it prevents the exodus of our workforce from rural areas and curtails urban unemployment and even terrorism; unemployed youths are susceptible to be misguided and in the past they have joined terrorist groups in Libya or the jihadist groups that base themselves in the mountains of Tunisia.

Agriculture has to be made attractive to the youth. Efforts should be made to strengthen the agricultural sector by increasing its earning potential.

BTE: But this small scaled agriculture is not sufficient to feed the Tunisian population I presume…

Daoud: Yields are currently very moderate and past governments have mainly focused on expanding the production.

The reasons for this are manyfold and includes nutritional deficiency in the soil, lack of agricultural skills, and increase cost of production because of land fragmentation.

When you cultivate a small parcel of land, the earnings from it are not sufficient to renew your investments in agricultural machineries; the interest to be trained in agricultural sciences is also absent.

In economic terms, the devaluation of the dinars, which has lost 96% of its value in comparison to the U.S. dollar since 2010, makes the purchase of chemicals, pesticides, and feed prohibitively expensive. The price of livestock feed has skyrocketed from $133 (400 dinars) a ton to $283 (850 dinars) a ton in the last seven years. What makes things even more challenging is that Tunisian authorities have refused to increase the subsidized prices for farmers.

“We need to use emerging technologies such as drones, and IoT, which can not only improve the production, but also help attract the youth and mitigate the lack of a strong workforce.”

BTE: Global warming, land fragmentation, lack of political commitment and of  productivity: is the Tunisian agriculture doomed to disappeared?

Daoud: We have to think global. The construct of agriculture includes production, food, environment and social behaviors. We are likely to find it challenging to produce cereals from south to north of the country.

While high-yield cereals can be grown in northern regions which gets its share of rainfall, southern region should opt for a more robust traditional approach. Common sense states that tomatoes and watermelons, water intensive crops, should not be grown in the Sidi Bouzid area, which is bang in the center of the country where there is a water deficit.

One last example: can we continue to develop large ruminant’s cattle? Maybe it made sense years ago but not anymore. We have to maximize the potentiality of each region. Above all, we should respect the global “Mediterranean diet”: small ruminants are more fit for our region than the large ones.

Prickly pear seed oil commands hundreds of dollars in other countries while we use the fruit to feed animals. While we feed our donkeys with carob trees, western countries use the seeds in the cosmetic industries.

Israelis have now planted millions of carob trees to invest in this market niche… What are we waiting for? We need a long-term vision which preserves and develops our Mediterranean diet. We need to put to use new emerging technologies such as drones, and IoT, which can not only improve the production, but also help attract the youth and mitigate the lack of a strong workforce.

BTE: Don’t you fear a hyper-specialized agriculture at the expense of a self-sufficient agriculture?

Daoud: But can we be truly self-sufficient? Let’s go back to the cereals example. The authorities have decided to develop cereal production so as to increase our traction on food sovereignty. Despite this we continue to import cereals!

In my opinion, given the commonality of issues facing countries in the Mediterranean region, we need to expand, in breadth and scope, our cooperation with countries in the region, starting with a gathering of the Maghreb countries. Do you know that Qaddafi built the great man made river using water from Tunisian and Egyptian water tables… I don’t say we should give up the production of cereals and meat, not at all; it is important not to depend entirely on imports. But Tunisia is not a fortress.

“We need to increase cooperation within the Mediterranean region and with European countries ranging from Morocco to Lebanon.”

BTE: Precisely. European Union and Tunisia are negotiating on a Deep and Comprehensive Free Trade Agreement (DCFTA) which includes agricultural sector. Most of the Tunisian key players fear it will transform the country into a mere provider of olive oil and citruses for EU consumers. What is your position?

Daoud: We need to increase our levels of cooperation and collaboration within the Mediterranean region and with European countries ranging from Morocco to Lebanon.

As an agricultural union, we have started to meet with Algerians professionals to talk about the agri-food industry.

DCFTA will not only be an opportunity to improve regulations focused on sanitation, which will help boost our exports but it will also help our domestic market.

Incidents of diseases caused by overuse of pesticides are spreading across Tunisia. That is why when people say these regulations are a neo-colonialist diktat, I wonder if they consider the health of our children as less important as our exports.

BTE: When you say “diktat”, you clearly refer to UTAP, the main agricultural union (Union tunisienne de l’agriculture et de la pêche). What is your relation with UTAP, knowing that for years UTAP was the only authorized union?

Daoud: We have different views on the importance of small-scale agriculture, on the question of sustainability versus productivity… However, we converge when it comes to sectoral fights. Since the revolution, pluri-unionism is a constitutional right. It is pity that some unionists do not accept it. 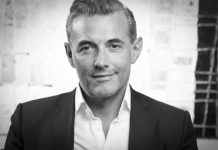