The Strait of Hormuz, a strategic artery which links producers of crude oil from the Middle East to markets in the Asia Pacific region, Europe, North America and beyond, is of strategic importance to the world’s oil market since one third of the world’s sea-borne oil passes through it every day.

With U.S. President Donald Trump pulling out the United States from the landmark 2015 nuclear accord, Washington is pushing countries to stop importing Iranian oil. Teheran’s Revolutionary Guards have threatened to retaliate against the U.S. move and has said it will block oil shipments that passes through the waterway.

At its narrowest, the Strait of Hormuz is just 21 miles wide while the shipping lane is wide by only 2 miles in either direction.

According to estimates by the U.S. Energy Information Administration in 2016, a record 18.5 million barrels of oil passed through it marking a 9% increase from the previous year. During the same year, the waterway accounted for 30% of all sea-borne trade of crude oil and other liquids.

Data from Vortexa, an oil analytics firm shows, condensate flows and sea-borne crude transiting the Strait of Hormuz at nearly 17.2 million bpd in 2017 and around 17.4 million bpd in the first half of 2018.

The bulk of the crude comes from countries, including, Saudi Arabia, the United Arab Emirates, Iran, Iraq and Kuwait. Qatar also exports its liquefied natural gas (LNG) from the Strait of Hormuz.

Incidentally, the Bahrain-based U.S. Fifth Fleet, has been tasked to protect commercial ships in the area.

The Strait of Hormuz has been witness to the following incidents:

1998: In what was described by the U.S. as an accident, U.S. warship Vincennes shot down an Iranian airliner mistaking it for a fighter plane. All 290 passengers on board died.

2008: Washington reported that Iranian vessels had threatened its warships having approached them. Later that year in June, Revolutionary Guards commander-in-chief, Mohammad Ali Jafari had said, Tehran would impose its controls on ships passing through the Strait of Hormuz if it was attacked.

2010: A militant group with links to AL-Qaeda, going by the name of Abdullah Azzam Brigades, had attacked Japanese oil tanker M Star.

2012: Iran had threatened to block the Strait of Hormuz if the U.S. and EU were to sanction it in their attempt to stop its pursuit of nuclear energy.

2015: Iranian ships fired shots at a Singapore-flagged tanker which cause the vessel to flee. While an Iranian oil platform was damaged, Iran seized the container ship in the Strait.

2018: On July 3, 2018, Iranian President Hassan Rouhani threatened to disrupt sea-borne oil passing through the Strait of Hormuz in response to U.S. President Donald Trump’s calls to slash Iranian oil exports to zero. The following day, a commander from the Revolutionary Guards threatened to block all exports through the Strait of Hormuz if Iranian oil exports were stopped. 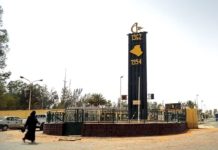